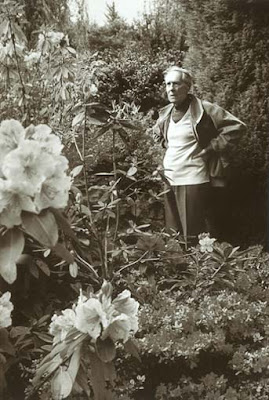 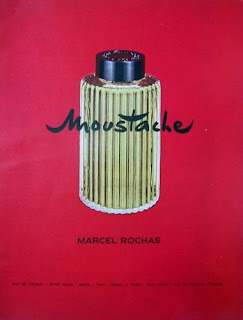 Diorissimo is my absolute favorite. Thank you Mr. Roudniska!

It continues to amaze me that the grandes marques and others don't rerelease some of these venerable old scents. With the fashion houses revisiting old patterns and designs, it seems only logical to dust off the perfume archives as well. Thanks for introducing me to Moustache; I'd like to try to track some down, if for nothing but curiosity's sake since I am a strict "adhérente" of Creed's Royal Water and Chanel No. 5.

A true saint then. My mother used Diorissimo, and whenever I smell it, it reminds me of her. I used Eau Sauvage in my youth, and could easily use it again.

I am going to try to be brief!
A scent is extremely important with an intimate couple.
20 years ago; my divine and attractive husband and I decided to search for a "scent" for each of us!
We did a "blind study"; I would wear testers of different perfumes.....(they used to give them away).....and I was good at repeating the same ones.......really gaming....

There was one he LOVED ....no matter what! It won!
Samsara by Guerlain.

His was problematical. Men's fragrances.......are just a problem. I have no idea why. But really......nothing was even close to being good. (Old Spice and that blue stuff...."Aquavelva"????.... just over in boarding school)

Interesting....both scents we selected....were by Guerlain......Samsara.. for me..........and Habit Rouge for him. someone knows what they are doing there. Shalimar was my first perfume when I was 13 and my darling stepfather took me perfume shopping.
Something that all fathers should do with daughters!!!

I will never forget that wonderful experience!

I haven't smelled "Vetiver" also Guerlain? will do soon!

wow......I learn so much! "Creed's Royal Water"?
I will Google immediately!

I love being shocked by a fragrance. In my 20's it was Creed's Millesime Imperial (I've been told it's been lightened up since then). And just recently I discovered Kilian's Back to Black (tobacco, honey, cedar, patchouli) which smells different depending on my mind frame. For my husband I recently discovered Tom Ford's Oud Wood. (In fact, Tom Ford's whole line is a treat to smell if you have the time). Wonderful quote!
www.wanderloot.com

"I haven't smelled "Vetiver" also Guerlain? will do soon!"

I now wear Vetiver by Guerlain. It is completely captivating.